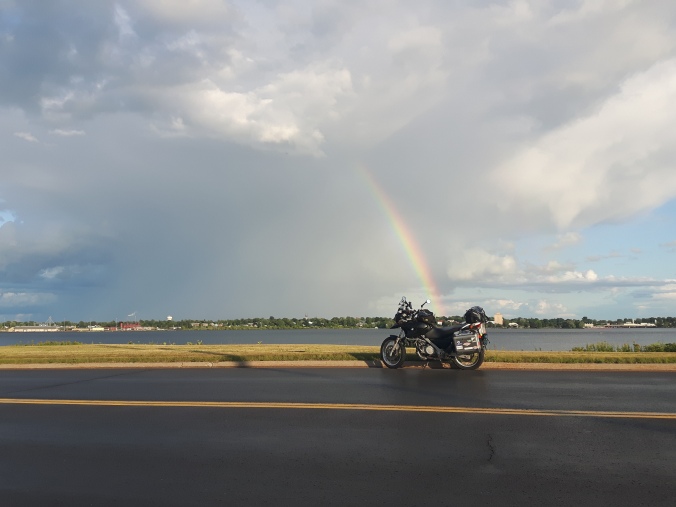 Last February, when the snowbanks in front of my house were still 9′ high, my motorcycle club went to the Montreal Moto Show. It’s always a fun event, a way to get over that February hump and into late winter, which is almost spring. But I remember coming back a bit deflated this year. To be honest, looking at all those amazing new bikes, and watching some of my friends buying some of those amazing new bikes, made me a little envious.

I decided then and there to put my limited motorcycle budget into riding the bike I have—touring and training. It’s now end of August and I’ve already put over 10,000 kilometres on the bike, as much as I’ve ever done in an entire season, and we still have the autumn before this season is done. I’ve been riding so much, 650thumper has sat rather dormant, so I thought I’d do a quick update before heading off on my next adventure. And when I have managed to do some writing between trips, it’s been for my paying gig with Northern Ontario Tourism, so I’ll include links to those articles below.

My season began with two articles for Northern Ontario Travel. One was on planning a multi-day group ride, thanks to club members Robin Whyte and Wolf Raaen, who have a lot more experience than me in putting these rides together. Then I was asked to do an article on destinations in the Ottawa area. I already had some ideas for destinations, but one of my earliest rides of the season—sometime in early April—was across the provincial border to get photos for this piece.

Once I was finished with my work for the semester and had visited my dad to celebrate his 90th birthday, I headed off to Vermont for two nights of solitude. In fact, my only post so far this season has been on that ride of The Puppy Dog Route. I went back at the end of July with two riding buddies to do it again.

Another ride early in the season was through the Ontario Highlands. I didn’t even know there were such a thing as highlands in Ontario, but they are kind of north west of Ottawa, up to Bancroft and around Kaladar. It was my first ever overnight club ride, and I became a convert. 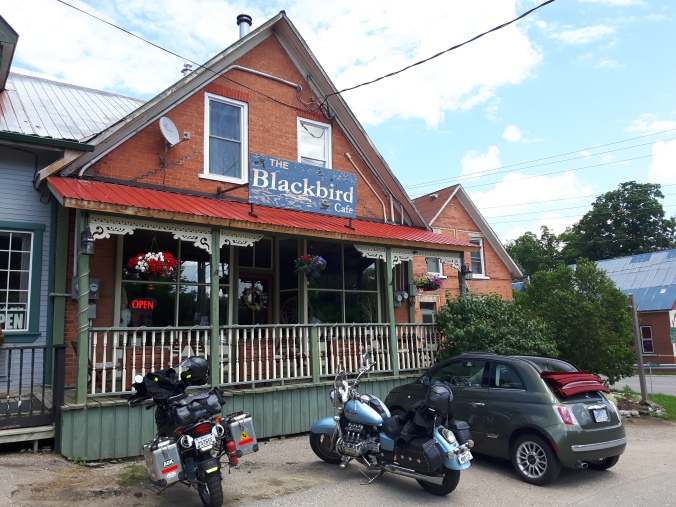 That little tour was warm-up to the big club tour for me of the season, along the lower Saint Lawrence River and north shore up to the Manicouagan region. We spent a night in Kamouraska before crossing on the ferry from Rivière du Loup to Baie-Comeau. We did a day ride to Sept-Îsle, and another to the Manic-5 Power Dam, before heading home along the north shore through Tadoussac.

Near Tadoussac on the Saint-Laurent north shore

Other rides? Less spectacular, but I did visit my dad in Guelph, Ontario, on the bike late summer, and I rode out to Cornwall to write an article on the flat track races there in early August.

This weekend I’m heading to Bowmanville to cover the Vintage Road Racing Association races at The Canadian Tire Motorsport Park.

I have a few more rides planned for the fall. I’m thinking of participating in the Cromag Campout this year at Silver Lake State Park in Vermont, and I’ll be spending two nights camping in Algonquin Park in search of Tom Thomson and the most spectacular fall leaf viewing in Ontario.

So it’s not because I’ve been idle that 650thumper has been inactive. Oh yeah, and I spent nine days in Nova Scotia with my wife, but not on the bike. 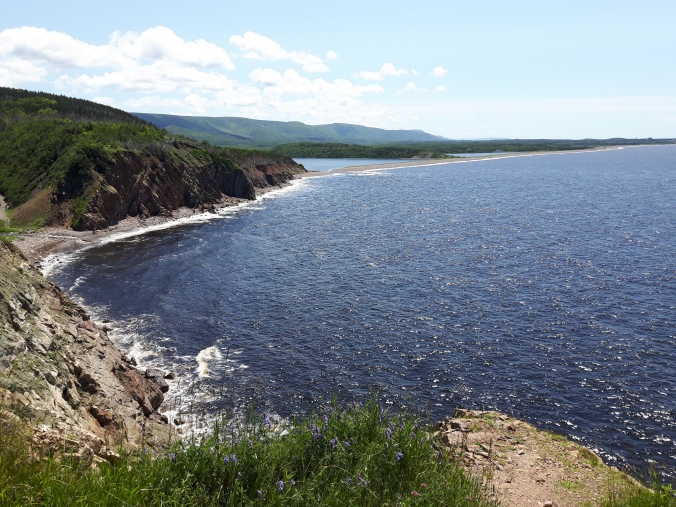 It’s been a very full summer. I’m ready to sit my butt down and write about it all, but I’ll wring the last of the season out first. Once the snow flies, I’ll have plenty of time to share my adventures.

I wish you all safe and happy autumn riding.